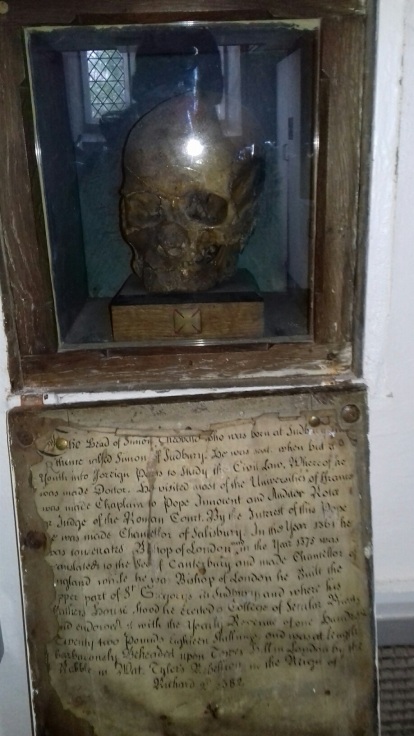 Every school boy or girl has learnt about the peasants revolt at some time during their history lessons. These days it’s usually when they’re in Year 7 (11-12 years old). History can sometimes feel a bit staid and unreal if you just read about it in a history book but today we got up close and personal with a real piece of history from medieval times.

We went on a walking tour around Sudbury in Suffolk, a small town near where we live. The tour was generally about Sudbury and it’s various residents, there was a lot about Thomas Gainsborough the artist who lived there in the 18th century and the silk weaving industries which the town is famous for. There are in fact 2 silk mills still in production today, Vanners and Walters and the tour took us past Vanners and to some of the old silk weavers cottages. 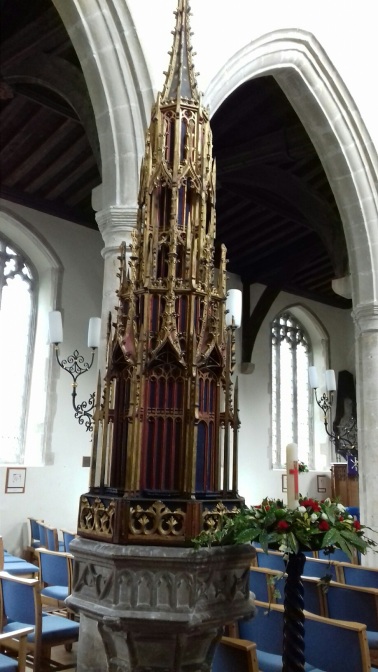 At the end of the tour however, we came to the real reason why we’d down the tour. We’d learnt a few years ago about the head of Simon of Sudbury being kept in St Gregory’s church. Simon was born in Sudbury in circa 1316. He had various roles during his life including, Bishop of London, Archbishop of Canterbury and Lord Chancellor of England. He had also helped to found a college in Sudbury and a lepers hospital.  In the early summer of 1381 however, A group of artisans and officials from Brentwood rose up in protest against demands to pay the hated poll tax. They also had other demands such as the end of serfdom ( a kind of labour where you are tied to work for a particular manor or lord). Simon had helped to introduce this poll tax and so it was on 14 June 1481, peasants stormed into the Tower of London where Simon was and murdered him by chopping off his head. It allegedly took 8 blows of the axe to remove his head. His body was sent to Canterbury Cathedral but his head was placed on a spike on London Bridge for a while, a notorious place for traitors heads to be placed. The head however was taken by friends of Simon back to Sudbury. 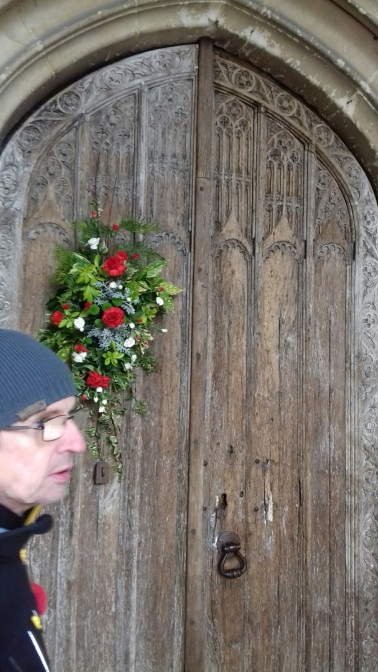 Simon (another not the original!)  who showed us the head was keen to point out that it was technically a head rather than a skull as it still has pieces of mummified skin on it. The head is kept in a little wooden box in a wall within the church that can only be accessed with permission. An old note about the head is kept with it.  We had seen a programme a few years earlier where the head had been take and a bust recreated of what Simon had looked like , just as they do with modern day murder victims.  They had also confirmed that the head had indeed been removed with an axe and we got to see the original bust.

Outside the church is an area of land called the croft which our guide claimed many of the peasants from the revolt were buried under. Although I don’t know how true this is as we only have her word to substantiate this.

The church of St Gregory’s itself is very lovely, with a beautiful medieval door and a lovely font cover dating to the 15th century which raises up on a pole when the font is needed.

We didn’t hang around long after our tour as it was a bitterly cold day, so we headed off shortly for a warming cup of coffee but it was fascinating to get up so close to real history. 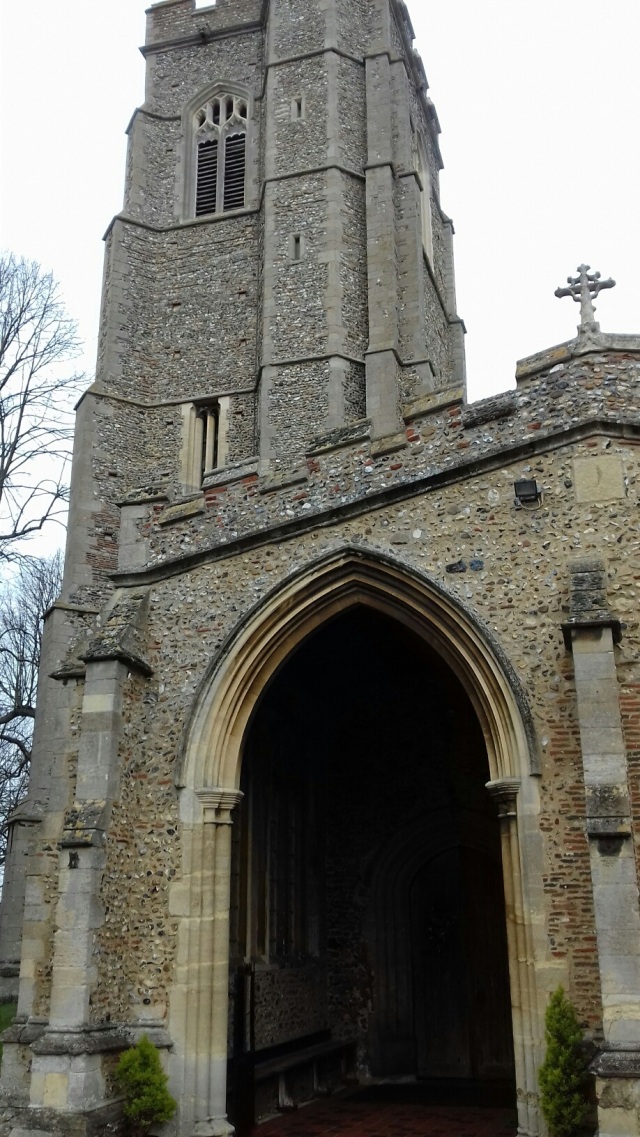 I recently (2018) made a decision to live a more plastic free life. This blog documents my successes and failures and is a way to encourage me on in my move towards a plastic free life.
View all posts by kazhoney →
This entry was posted in Uncategorized. Bookmark the permalink.
Loading Comments...