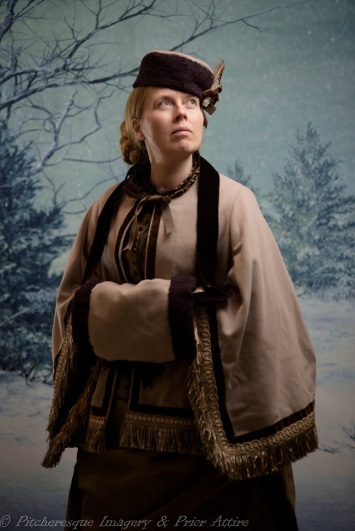 With next weeks big freeze in mind, here’s some very seasonal Victorian photos taken for us by Lucas & Izabela Pitcher of Prior Attire.  We had a wonderful afternoon yesterday visiting them.

I had a late realisation at the end of last year that I was working outside during February half term 2016 at Audley End House in Essex and that I had no warm clothes to wear, apart from buying lots of thermal underwear, I was straight on the phone (or rather e-mail to Izabela, who fortunately had some pre made clothing in stock that matched the dress she had made me beautifully.  When I walked in her house and saw them on the chair I immediately fell in love with them.  It’s not very often in life that the thing we’re expecting is far better than you had imagined it to be but this was certainly the case.  I felt extremely special to be able to put the clothes on.  It’s amazing how putting on a different outfit can make you feel like a completely different person. 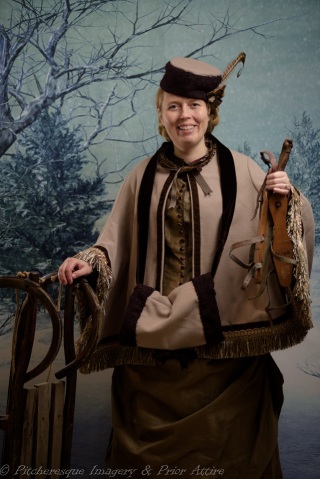 You’d think we’d stepped into a cold snowy Victorian Winters day wouldn’t you?  Can you feel the cold North wind making your nose tingle?  I hate to ruin the surprise but these photos were taken in their conservatory, with use of clever backgrounds and great lighting and skill.  All props, bar Wels wig,  glasses & pocket watch belong to them.  Wel suggested that it’d look great with a toboggan or similar in the photo and can you believe it, they said ‘Hold on’ and out came an old toboggan and pair of skates! 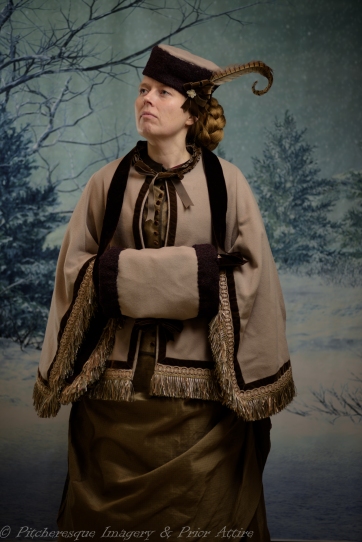 They used two different backgrounds but I do think the snow scene is my favourite. It conjures to mind long snowy Winter walks, coming home, still damp with snow and slipping off the Winter woollens in exchange for a Winter warming beverage in front of the fire.  The cape is called a Dolmans mantle and it matches, the date of my dress which is mid 1880s.  I think the muff & hat are adorable! 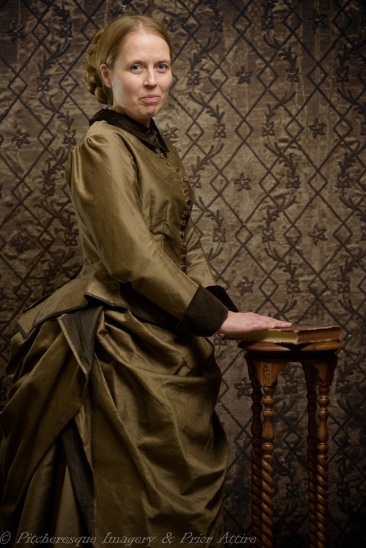 I love the ones of me in my dress too.  I originally ordered the dress with a request that it be of suitable status to portray a doctor of the mid 1880s.  I have in mind to create a display around Elizabeth Garrett, the first female doctor in Britain.  I love this photo as I look like I’m swearing my Hippocratic oath. 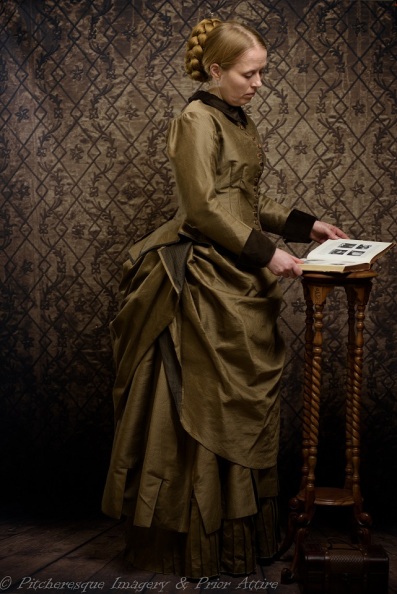 I think that this photo looks like many that I’ve seen from the time.  A wistful sort of photo with me deep in thought. I was actually trying to make out what the book was about as it was all in German 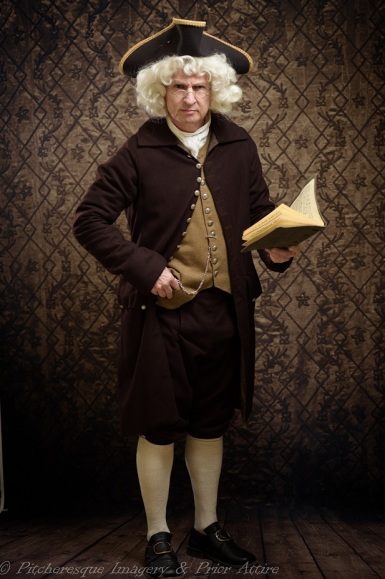 I don’t have space here to show you all the photos but I guess I’d best show you some of the ones of Wel too!  If you ‘d like to see more of the photos, they’re in an album on the Happening History Face book page.  We’re easy to find.  Wel has one of those faces where he can be transformed by the clothes he puts on.   I look like me in every photo but he looks so different.  If you’d ever seen him in his WW1 Sergeants uniform and compared it to these,  you’d have to look hard to see it’s the same man. 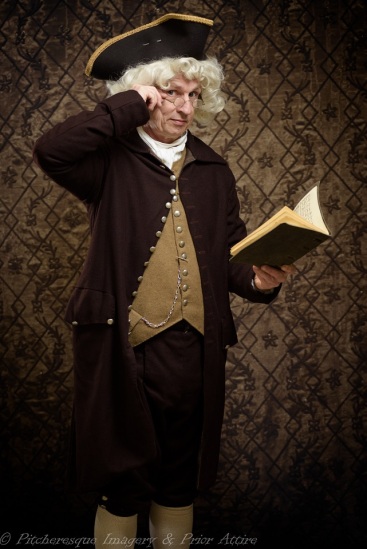 Wel runs 18th C crime workshops and displays for schools and historic sites and this is the outfit that he wears.  Crime & Punishment will take a larger role in the GCSE national Curriculum as of September 2016, so if you’d like to hire Wel to run Medieval, Georgian or even WW2 crime workshops in your school, drop  us a line.  We also have a WW1 Medicine workshop and a medieval medicine workshop, shortly to be followed by Victorian medicine.  Medicine is a speciality of ours. 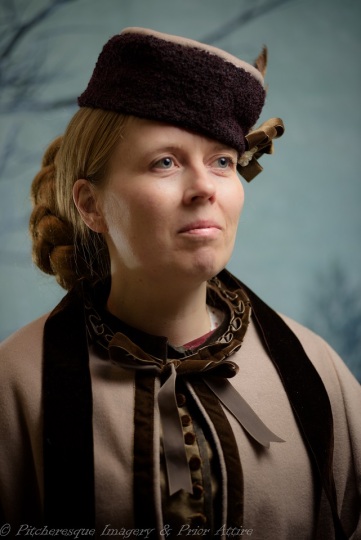 If you’d like to own your own fab outfit like these, then please speak to Izabela at Prior Attire who I’m sure will be only too happy to help match you with the dress of your dreams!

I recently (2018) made a decision to live a more plastic free life. This blog documents my successes and failures and is a way to encourage me on in my move towards a plastic free life.
View all posts by kazhoney →
This entry was posted in Uncategorized. Bookmark the permalink.